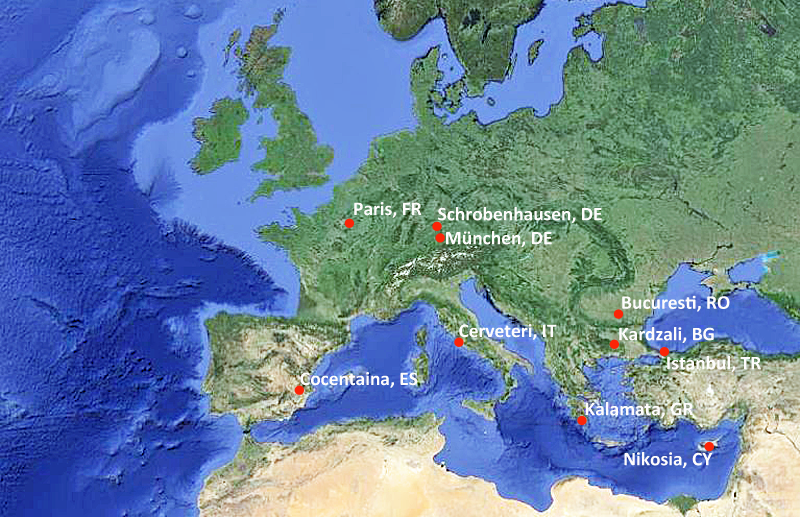 The Volkshochschule Schrobenhausen e. V. is a typical German Open University for adults, located in the town of Schrobenhausen in rural areas between Munich and Ingolstadt in Bavaria. For more than 65 years, the adult education in Schrobenhausen is not organized by the city, but by the non-profit organization VHS. Thus, the public funds that flow to the Association Community College, is used optimally.

There are all kinds of courses offered, here are some typical examples :

All adults without view on age, disability, mental performance, gender or nationality can participate in the courses. It made special offers for people who want to go back to work or who need to catch up on the basis of their previous education.

The Cyprus Mathematical Society is a non for profit organization established in Cyprus in 1983 and registered with the Ministry of Internal Affairs. It is currently the largest scientific organization in Cyprus with some 800 members. The activities of the Cyprus Mathematical Society include the organization of all local math competitions as well as some international like the Balkan Math Olympiad for different age groups and the SEEMOUS for university students. Other activities include an annual conference on Mathematics Science and Education and the series of Mediterranean Conferences on Mathematics Education organized in different Mediterranean countries.
Name: MAKRIDES Gregoris
Name: PHILIPPOU Andreas
Name: PAPAYIANNIS Costas
Name: CHARALAMBOUS Antri
Name: CHRISTODOULOU Simoula

KRUG Youth Center  - KRUG Art movement is a NGO in public service specialized in the art activities, cultural researches, non-formal adult education and cultural memory presentations. Since 2001 we have been working in Kardzhali region where lives the biggest part of the Turkish minority in Bulgaria.

KRUG has two main structures – situated in Kardzhali and in the Turkish village of Dazhdovnitsa, Municipality Kardzhali. The first one called KRUG Center for cultural policy and education promotes programs for art and cultural education and was established in 2001 in Kardzhali central city. The second one called European Cultural Youth House is an regional center for cultural researches, debates, education and EU residential programs and was formed in 2004 in Dazhdovnitsa.

In the central city Kardzhali the population is mixed – Christians and Muslims, and from past to now live together Bulgarian, Turks, Armenians, Pomaks, Jews, Greeks and Roma people. The rural population of municipality living in 117 mountain villages is completely Muslim and they have got older. In the municipality there are a big number of children and youth who are bilingual i.e. they have to speak Turkish language within their families but have studied Bulgarian in the school. This situation and the cultural isolation produce in general many low-educated people and the low level of skills re-creates from generation to generation despite the fact that young people use the internet and social networks, and adults - not. Literacy, numeracy, science, and technology are the foundation for further learning and are a gateway to employment and their social inclusion.

The main target groups of KRUG activities are youth, low-skilled adult people and policy-makers. People who are involved in the project are workers and members from the local community centres, trainers in adult teaching, non-formal aged and youth leaders from local communities, people with needs to up-skill identifying during the investigation project phase and youth volunteers.

The Association aims are to promote Romanian culture in Europe, in the context of Romania's EU integration and intercultural dialogue and promote active European citizenship.

The „Agentur Kultur e.V.“ was founded as a registered society for the planning and realization of cultural and educational activities  with a regional, national, European and global dimension. The „Agentur Kultur e.V.“  is carrying out seminars, conferences, research projects and study trips  in cooperation with or in commission for public bodies and as a special focus for institutions which are mainly working in the field of adult education.  Special interest in intergenerational exchange, differences and things in common between young and old.

Within the GAMES project we will cooperate with organizations in the region of Munich, Stuttgart and a national network, which are engaged in the field of cultural education projects.

The 2nd Gymnasium of Messini is situated near the capital of Messinia. Although Greece’s  economy is highly based on tourism, Kalamata and furthermore Messini are still considered places off the beaten track.

Messini is a rural town of 4.000 habitants who are mainly living off the land and most specifically by cultivating figs and olive trees. It’s a rather undeveloped touristic city near the sea. In this area live a lot of immigrants, mostly from Albania, Bulgaria and Poland who work mainly in agricultural jobs like harvesting the olive trees. Their offspring attend the local schools and more often than not they are in need of special attention and help.

The Institute IC Cena is located in the territory of Cerveteri, a small town near Rome.  Our school is attended by about 700 students divided between the primary and the secondary school. Regarding ICT, our school has a computer lab with about 14 workstations , about ten interactive multimedia boards and a 2.0 classroom whose project was recently approved for a total of five years.

In the last years the number of residents in Cerveteri has increased significantly and this has contributed to change social and economic aspects of the area. The town in fact has become more heterogeneous. This is reflected in the school through a series of socio-cultural dynamics:

In this context of continuous  and radical changes, the school has to be one of the first places to meet and socialize both for students and for families, an opportunity for dialogue between human realities, moral, social and religious often different between them.

For this reason it is necessary to increase the motivation and  the realization of the potential of each person, strengthening the  personal identity, self-esteem and autonomy of the “person”. All this in order to prevent and to reduce the number of under skilled people trying to avoid forms of deviance,  to promote  social integration and participation into our society.

Among the mentioned initiatives, the adoption of the technology interaction and the internationalization of the activities of the school are included. We  have English courses for adult learners to make them more confident and to give them the opportunity to communicate in a different language with other people. We also offer courses of ICT  for elderly people. All the chosen activities  have the aim to make them more integrated in our country and to enable them to be part of the European culture.

Ongoing activities: symposiums (“Women in politics”), cultural events-book launching, university lectures (Dallas People’s University-1992-1993: ”Women Planet”), Club Ariadna, poetry shows, theatre play „Maria Tanase” 1993; press works for promoting women's image (radio & TV programs features, essays, books); Stop violence! Mass media and violence against women PHARE LIEN  financed program (1996-1997) , GE-ME-RO – Gender  –  Media – România (Women  and Media in the Romanian Post-communist Society) in co-operation with International Training Centre for Women (ITW), Amsterdam (1998-2000) in Matra for Democracy  and No Violence in the Third Millennium – Women Against Violence (1999) USIS financed programme, in co-operation with  the Institute for Crime Prevention of  Romanian Police; radio programme Your life is the price (Radio Romania Youth, 2002-2003) regarding the prevention and the fight against the traffic of human beings; monitoring of the parliamentary and presidential elections in Romania with 100 observers (2004); participation in the Beijing+10 forum in Luxemburg, organized by the Luxemburg Presidency of the EU concerning the assessment of the governmental policies for equal opportunities (2005).

Asociatia Ariadna, along with other partners, will build on this experience in a Grundtvig project course (in French and English) for the use experience and sustainability in the near future, after this partnership Grundtvig (for Comenius and Grundtvig learners).

FPA Beniassent is an education centre for adults providing formal and non-formal education to adult people. It is situated in two little towns, Cocentaina and Muro, in the South-East of Spain belonging to the Valencian region.

We offer a wide range of courses aimed to promote the social, civic and cultural integration for our students as well as increasing their opportunities to get a job by enhancing their skills. In the current school year the number of students has been more than 1400. The courses and workshops are imparted by 9 teachers full-time working and 16 part-time trainers.

Some of the courses we offer are:

Our target groups are mainly: 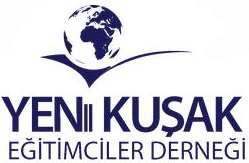 "Yeni Kuşak Educators Association" is an association for teachers, school principles, students and families of students. Our association is located in İstanbul and in one of the most crowded municipalities in İstanbul with more than 1 million people. In İstanbul are 17 million people living. As a result of this population there are many problems in our area, which need to be solved. Official centers are never enough to solve these different problems in daily life of citizens. So associations like ours have a very essential role in helping to solve problems.

Families living around us are mostly immigrate from different cities of Turkey for economic and cultural reasons. They have 3-5 children and father and mother have to work to earn enough money for living in a big city. As a result of this they have not enough time to spend with their family. These families have grandfathers and grandmothers in the same hause or nearby. Older people do not have enough possibilities to spend their time efficiently. Because they had been living in villages for all their life but now they have to live in a city life for their family. We can reach these people easily and invite them to our events and activities easily. This will help them to integrate the city life and make them more socialized.

Our association organise picnics and this is a very important activity because there is not enough green place because of unplanned and fast constructions so people need to go far to reach green areas. We organise some competitions among older people who attend our organisation. There are people from the Black Sea region, Western Anatolia region and all regions of Turkey, so there are different cultures and games around us. This project will be a big opportunity to collect different games all together.

One big point is immigrants from Syria in İstanbul. There are many people immigrate from Syria because of civil war in Syria. They need every kind of help. We are planing to reach these people too.